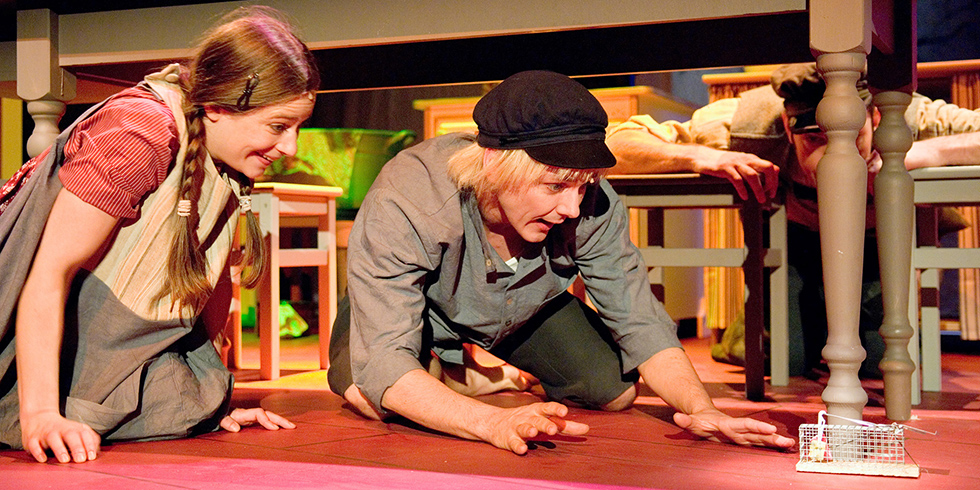 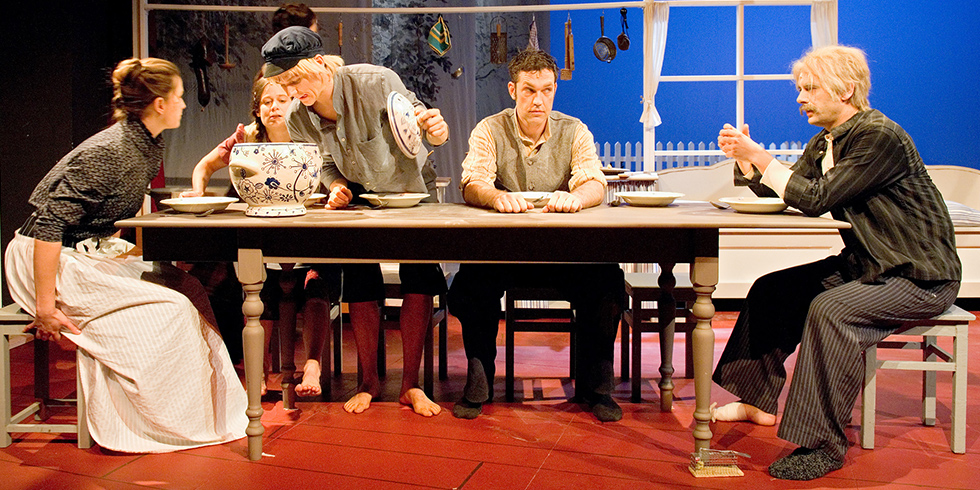 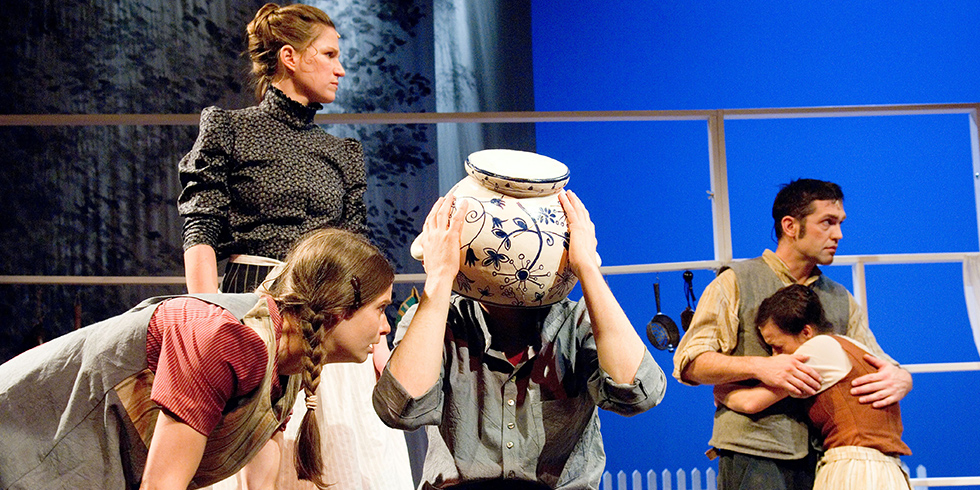 In the style of the famous children's book by renowned and popular author Astrid Lindgren.

"A very funny and lively piece, complete with beautiful music and stage design that makes you feel like you're on Katthult farm." - Tagesspiegel newspaper

Haven't heard of little Emil from Katthult farm in the Swedish village of Lönneberga? Lönneberga's resident certainly have. They know him and his crazy ideas all too well, for Emil gets up to more mischief than he's had hot dinners. In so doing, Emil keeps his father Anton, his little sister Ida and the entire village of Lönneberga on their toes. Life on Katthult would also be much easier for Lina the maid if she didn't constantly have to put up with Emil's pranks. Only Emil's friend Alfred, the Katthult farmhand who Emil learns many a useful trick from, occasionally sees the funny side of Emil's japes. For Alfred knows – just as Emil's parents do – that underneath it all, Emil means well and is a bright and inquisitive lad.