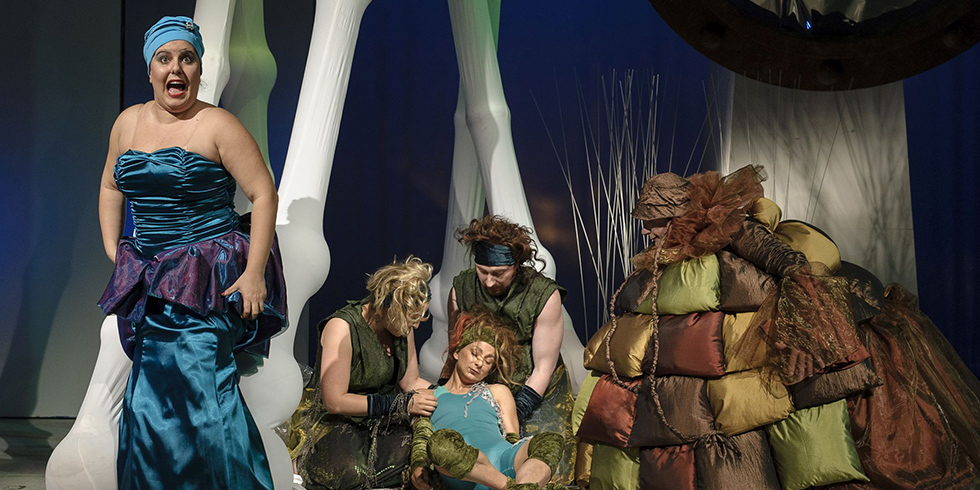 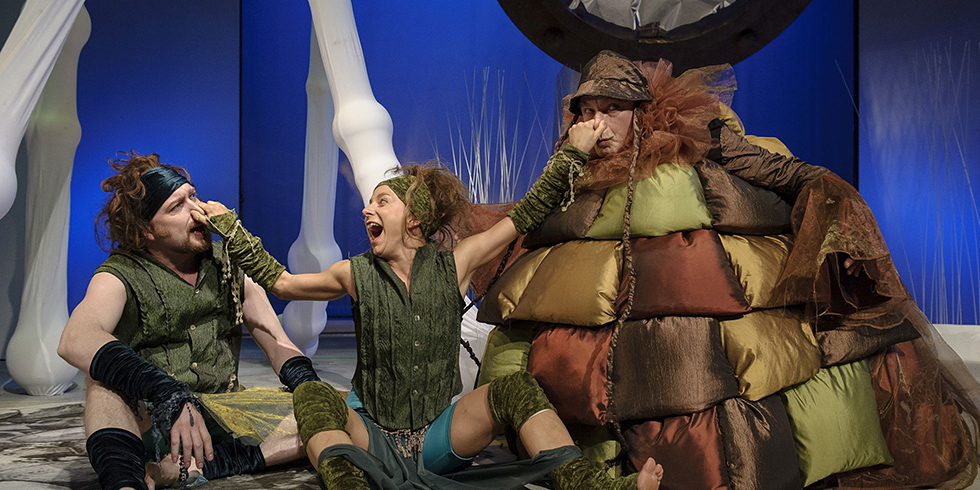 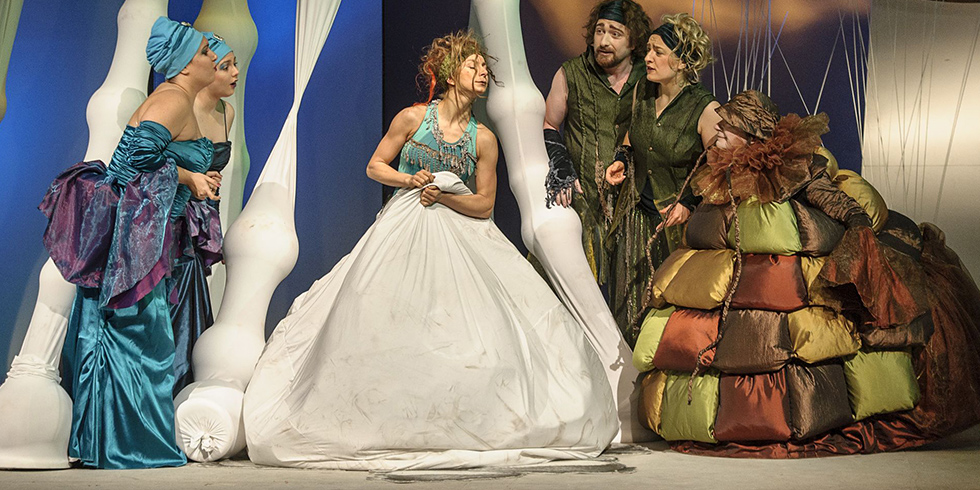 The Little Water Sprite slithers out of an egg. He is curious, and sometimes rather cheeky. Without fear, he plunges into his adventures and causes ripples beneath the surface. He meets two dazzling female trout who bring sounds to the underwater world with their swimming piano, and comes across a gruesome inhabitant of the water with nine eyes. But even the world of human beings is not entirely lost on The Little Water Sprite, as he ventures his first steps onto land. It's a good job his aquatic parents are so patient and keep an eye on him - for instance Cyprinus, the elderly carp.

With "The Little Water Sprite", the debut from Otfried Preußler, the Astrid Lindgren stage puts on a classic of children's literature. The simplicity and timelessness of Preußler's stories coupled with the equally affectionate and quirky nature of his protagonists make his work so special.